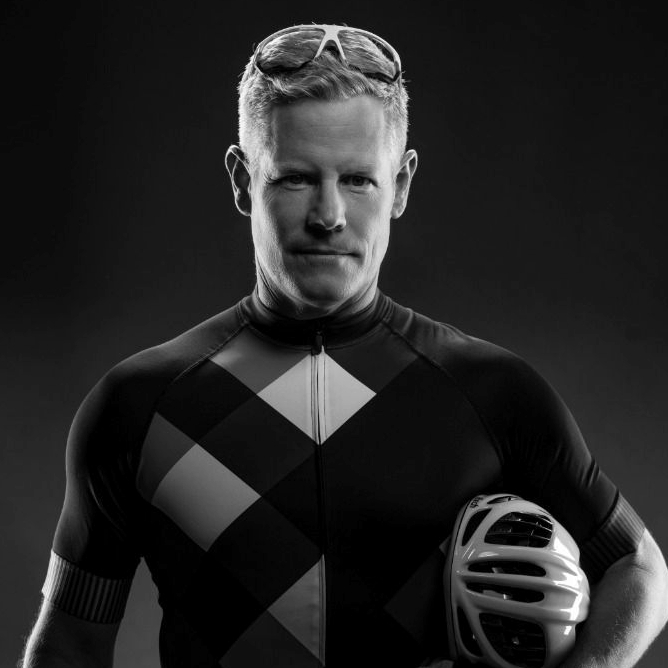 I met Gordon many years ago on twitter and then eventually in real life. I'd like to nominate him because as a renowned entrepreneur, general nice guy and proud Durbanite, Gordon has devoted his energies towards community upliftment and charitable pursuits, ever since his “healthy midlife crisis” kicked in. Having accumulated more than 4500 kilometres on the trot in pursuit of raising funds for CHOC, Gordon has turned his attention towards supporting the most forgotten members of society, and the people who need the most help.

Initiating his “healthy midlife crisis” after several health complications of his own, Gordon became intuitively aware of the struggles beyond his frame of reference. Inspired by the activities of the CHOC Cows, he soon joined ranks with the team, going on to help raise more than R7Million for children diagnosed with cancer.

Whether it’s hiking, biking, walking, swimming, triathlons, or cycling the Amashova on an ice-cream bike, Gordon is ready for action (and could save you from a plane crash too - ask him about this!)

Now, as he focuses his efforts and combined talents of agility and as a natural salesperson, Gordon founded Get Hands On Events - Events for Good. Get Hands On Events was launched as part of the 24 Hour Handcycle Relay Race, which took place in 2019, and aimed to raise money to support Ethembeni School in Cato Ridge. Through coordinating, implementing, and participating in this event, Gordon and the Get Hands On Events team raised more than R50 000 for the school.

Moving ahead, Gordon plans to unlock new avenues of value generation for sponsors, charitable organisations, and community-focused initiatives, the plan for 2020 was to launch a series of significant, off-the-wall, yet deeply meaningful events that would have rolled out, to raise money for kids with cancer.

The planned series of events called “Run the Mall for Kids with Cancer” was decimating by COVID along with Gordon’s eventing business. Not one to take things lying down Gordon has spent lockdown developing tech to guide people around the malls as part of an adventure/fundraiser. This will be launched in early 2021.