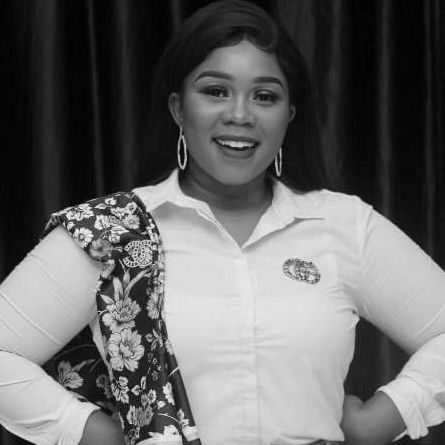 Tell us more about your hero:

Phakamile Mazibuko is a young enthusiastic female from a small town called Ulundi in Kwa-Zulu Natal. She holds two degrees, Bachelor of Education as well as Honours in Curriculum Studies, which were both completed with SUMMA CUM LAUDE including numerous Dean’s commendations and Certificates of Merits at UKZN. She has led in great leadership roles namely: UKZN Golden Key President of Edgewood Chapter, Mentor Leader for AMS Mentorship programme, Resident Assistant at DSRA, a tutor as well as Head of Department (languages) at EETP. Phakamile has received a great number of awards in the School of Education Excellence Awards and UKZN Scholarships Awards for her academic excellence. Also, she was selected to represent UKZN in Germany on an exchange programme based on her academic merit, leadership, and community engagement roles. Subsequently, she was recognised as one of UKZN’s TOP 40 student for 2018 and 2019, consecutively.

Currently, Phakamile is doing her Master’s in Education degree and working within the Academic Development Office at UKZN, Edgewood Campus. Also, she is passionate about taking an active role in progressive movements. This is evident in her role as an Editor of a Creative Network Magazine that offers educational support and engagements to promote sustainable living within communities. Moreover, Phakamile is a founder and CEO of the Phakamile Mazibuko Foundation that aims to positively enhance the lives of young people by implementing developmental initiatives that focus on academic, leadership, and community engagements. Phakamile is truly a leader in action for positive change.