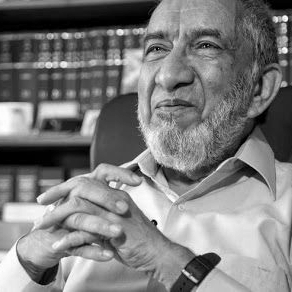 A giant, a legend and a man who dedicated his life to human, women and children rights. Essa was a judge in the Supreme Court of South Africa. He was a former human rights lawyer who defended political detainees during the Apartheid regime. He was one of South Africa’s renowned human rights activists. Essa had a majour impact on people. He was much more than a lawyer. He was also a comrade and friend to many people all over the Western Cape, South Africa and all over the world imprinting justice and human rights for all.

Essa and former Justice Minister Dullah Omar were known as “the struggle lawyers”. Many comrades share stories about how one of the first things they learnt in struggle was Essa Moosa’s number, with an instruction to “phone Essa” whenever they were in trouble.

A giant had fallen but his legacy lives on through our actions every day.