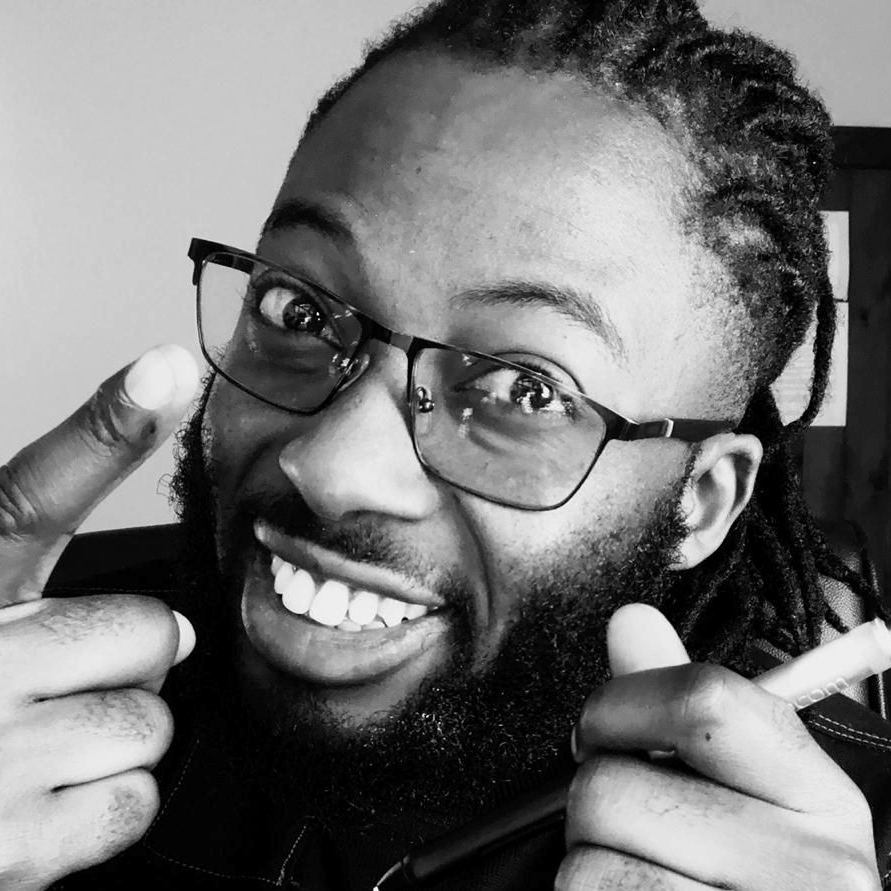 Mother knows best.” Nkosingphile Mazibuko attests to this quote every day of his life. Everything he knows about art is thanks to his mother. She was an artistic woman who shared the beauty that is Art with her son. He was raised in Soweto, which seems to be an incubation center for grooming young artists. Nkosingphile or Mazi as he is known is a 2015 Fine Art graduate from Walter Sisulu University. While it has not been an easy road, picking a career was not as daunting as it is for many. His vision fuelled his determination. In 2015 he made it through a grueling boot camp to take up a stint as a design recruit at Umuzi Academy. Through no fault of his own, he had to make a difficult decision that cut short this opportunity. Undeterred, by 2016 he had picked up his painting brushes at Egoli Textile Designs. Mazi is also a graduate of Friends of Design in Cape Town.
He worked on one of the nation’s most favorite Pan African football-themed comic Super Strikas. His collaborations include MTV SHUGA drama series comic book, His work includes being part of the award-winning Childhood Development organization Bookdash in 2017 as a designer on children book Titled "And Also” December 2017 collaboration with Lauren Beukes as the writer and Anja Venter as an illustrator. He survived this unique experience the first time and in April 2018 volunteered again to collaborate with Mahale Mashigo (writer) and Clyde Beech (illustrator) on a book for young children ‘Where is Lulu’. He collaborated with South Africa’s first black superhero comic book name Kwezi, as an Inker, Colourist, and letters on issues 10, 11, and 12.
He sold three Artworks at Tswela Pele: Free State Exhibition. “Tswela Pele: New Acquisitions of the Art Bank of South Africa” was the 2018/2019 annual Free State exhibition of the Art Bank of South Africa (ArtbankSA) hosted at the Oliewenhuis Art Museum that showcased the best of South African contemporary art by emerging artists. The exhibition featured artworks selected and purchased from the over 200 submissions received for consideration in October 2018 by the ArtbankSA. The exhibition was on show from 7 February 2019 until 10 March 2019 and was opened by Nonto Sheryl Msomi, Project Manager of ArtbankSA.
He was a top-three finalist at the Eastern Cape Arts & Culture Awards for Best 2D Visual Artist 2019/2010. He currently works as a Junior Exhibition Designer at Iziko South African Museum in Cape Town. A founder of his skill-sharing Community Development project “Mazi Art and Design Creative School.