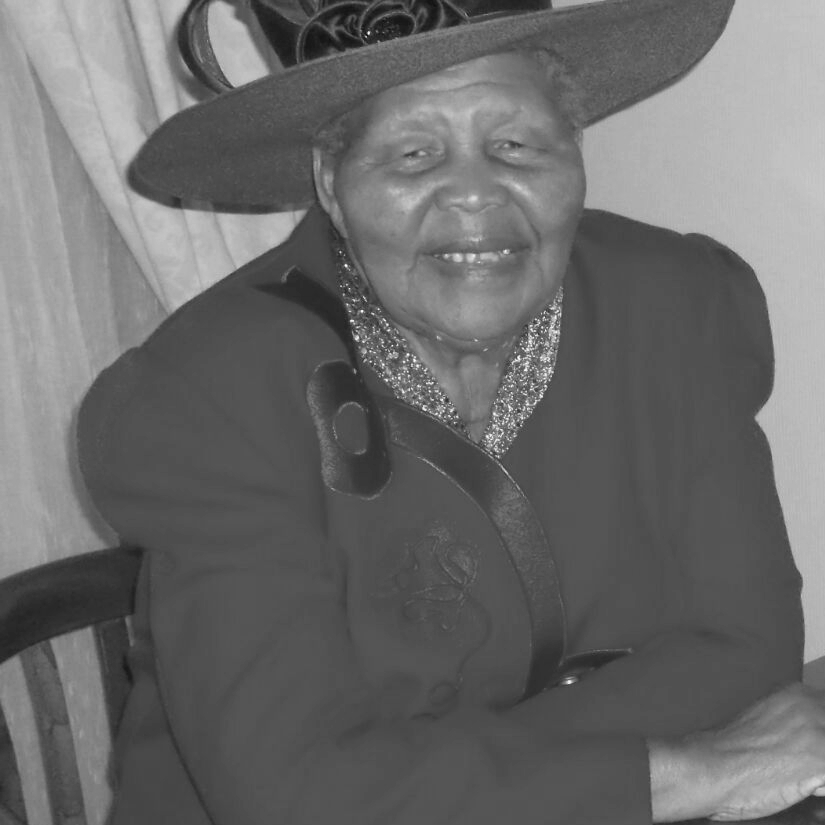 Gladys Ramahuta was born in 1932 July 12 at Moletjie in Limpopo Province.. Gladys was a teacher by profession anf she taught for several years before diversifying into starting her own business in 1972.

Back then during the apsrtheid era, it was not easy for a woman to start and manage her business.. But Gladys stiid firm and resigned from government and followed her dream. She saw the need to open a businesd in her community a there was not a single shop in her community where people can buy essentials such as bread, paraffin, firewood and mealie meal.. The business ss flourished and Gladys created lots of jobs for the people in her community and surrounding villages.

She also saw a need for telecommunications services as people bavk them communicated by telegrams.. Peoplehad to travel lo g didtsnces without transport to go to town to do the telegram. She communicated wuth TELKOM and they brought in a public telephone in her business whereby people could come and make phone calls .she tgen approached Post Office SA to enable her to run community Post Office from her business....

Because of lack of water in the community, she had a borehole whereby she allowed communiyy to come and fetch water from her taps and 25 litres of water only cost 1 cent back then.

She then saw a need of bricks as people used to get bricks from faraway and it took time for them to get their bricks. She then started a brick msking project anf started selling bticks.. With the three tractors she bought she delivered bricks, sand and ploughed the fields of thecommunity members at a cost. In all these projects.,peoplr were employed meaning that they could put food on their tables because of Gladys's initiatives.

In her community she and her husband were the first ones to own a car.. In the evening, community members would come running to their house going to ask transport go take someone to hospital because of labour pains. At times some of the people will not be having money to pay for transport. Gladys and her husband Ronald would wake up and go to hospital.

Gladys and her husband Ronald were pioneers in every thing in their community.

Should there be a death case in the community, those bereaved families would get free water, firewood, 12.5kg sugar nd flour.. That is how Gladys gave back to the community..

A lot of people are now retired nurses, principals andteachers who got financial assistance to go to school from as low as primary school to college level.

Seeing that women were dying of hunger waiting for their husbands who were working in Gauteng.. Back then, these men would only come home in December.. So, Gladys offered then training in variois skills like brick making, beading to ensure that they too can sell and provide for their families.


In 2012,Gladys received The Order of the Baobab in Bronze from former President Jacob Zuma, for her outstanding work well done in her community.