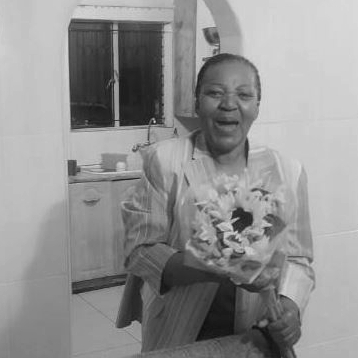 My grandmother has put herself through nursing courses after losing her husband, in order to fulfil her passion in nursing and community development. Although she did not qualify, due to restrictions of her age, she channeled her knowledge in assisting and educating the community of Tembisa about HIV/AIDS and TB. She later joined Zakheni, a home based care clinic, taking care of patients and educating their relatives on caring for HIV/AIDS and TB patients. The Zakheni initiative was later on adopted by a local clinic and later taken over by the government. Having recently turned 72, she is being laid off this December, after almost 20 years of service to the Tembisa community. She still prides herself in her work and still remains passionate about it. Even though her age has become a disadvantage, she will never let go of/miss an opportunity to educate anyone and everyone about their health and wellbeing. She has pushed by herself for her community and passion.