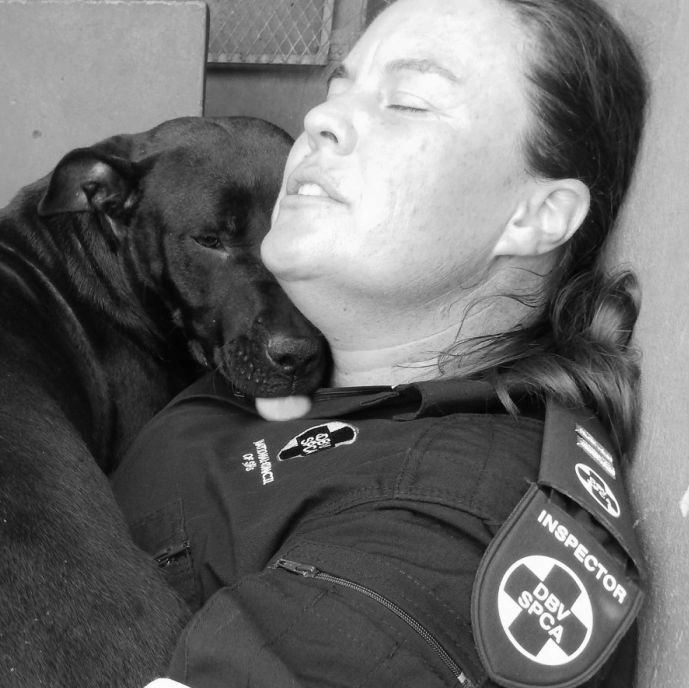 Senior Inspector Wendy Willson manages the National Council of SPCAs Special Investigations Unit. One of the serious crimes her unit deals with is dog fighting. Dog fighting is a crime that does not involve incredible cruelty to animals but it is also linked to other serious crimes like car theft, drug dealing and illegal weapons. Sadly the age of dog fighters is becoming younger and younger as more children are drawn in by dog fighters ( https://citizen.co.za/news/south-africa/305423/children-forced-imitate-dog-fighting/)


Wendy has dedicated her life to fighting this barbaric crime and seeing justice done. She has on many occasions stated that" people who get gratification from this cruel activity have low empathy and are very likely willing to engage in violent behavior themselves. For this reason it is so important for action to be taken against the violence of dog fighting"

Wendy works 7 days a week, her job is not an easy one, and she often up against a broken justice system.