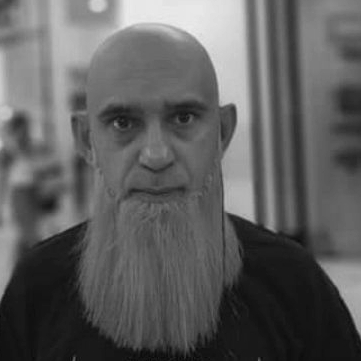 My father is Yusuf Ahmed Bulbulia who never tires with helping the community; He was injured in 2016 in a car accident on route to assist Operation Hydrate with handing out water to the residents of Winburg/Senekal. Even though he had sustained substantial long term injuries and has had a total right hip replacement but he still goes out of his way to assist the community imited. He uses all his spare time to help the people of Lenasia especially the residents of ext 9, 10 and 11 who bear most of the service delivery issues to escalate their concerns.

He has used his own means to buy groceries and hampers for the aged residents of Lenasia Ext 11A, he regularly sends out broadcasts advising them of security issues in and around Lenasia, he uses his own vehicle to patrol around our area regularly to ensure the safety of the community.

He also created a stationery drive to assist children in need with stationery packs, these packs were distributed in and around the informal settlement as well to under provision kids.

He continuously comes up with ideas to ensure a better Lenasia for us, All at his own expenses and strength, he sacrifices lots of family time to help someone in need, He is trained in Level 3 first aid and has never thought twice about assisting late at night, he has loaned his own wheel chair and crutches to those in need, He has arranged oxygen many a night for the elderly and also personally went to a residents house when they had gas poisoning to wait for the ambulance.

He arranges regular clean up operations at the Local Avalon /Lenasia cemetery  as well as the Lenasia Clean Up. He will be gathering a group of volunteers to assist with cleaning of streets and areas that are neglected.

He is also an active member of the Lenasia Disaster Management team that mobilize their assistance during storms and fires and other disasters that may occur in Lenasia.

He has also started the #beardsagainstcancer/ yabsbeardagainstcancer to in 2018 bring awareness for breast cancer. He actually dyes his beard pink.

He is also one of the founder members of the N12 risk assistance group that assist motorists that are involved with assistance along the N12 near Lenasia.

He is also one of the founder members of the Traveller Emergency contacts that help travellers in South Africa as well Neighbouring Countries.

You may view yabsbeardgoespink or the YABs Advisory Services on facebook.

I am proud to call him my father and hope to walk is his shoes someday.

He is not only a hero to me but to members of the community.